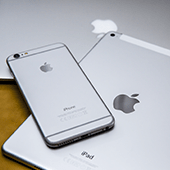 An emoji encrypted with a series of hidden codes has been reported to disable and crash the messaging apps of Apple Macs, iPads, and iPhones. Read on to discover how you can address this problem before it does severe damage to your device.

What is going on?
A bug, known as "Black Dot,” is locking the messaging app on Apple devices running iOS 11.3 and 11.4 beta with Apple TVs and Apple Watches also at risk.

Black Dot is activated when an iOS user sends another user an iMessage (this is not an SMS) with an emoji of a black dot with a finger pointing at it. Loaded with plenty of invisible Unicode characters, this emoji will overwhelm the CPU and memory, forcing the messaging app to stop functioning and possibly lock up the device.

The affected user may be lucky enough to close the app, but the bug will remain when the program is opened again, causing everything to crash.

How do I squash this bug?
Apple's development team is still working on a patch to address the issue, but you can apply a temporary remedy to keep your device going.

For devices that have Siri installed:

If your iPhone has 3D Touch installed:

If your Apple device does not have 3D Touch or Siri installed:

While this bug is a major issue, it has not infected many Apple products yet. Once the final version of iOS 11.4 is released, the problem should be resolved. If you need more information on properly maintaining your iPhone, iPad, or Mac, feel free to give us a call today!

Published with permission from TechAdvisory.org. Source.

Toggle the Widgetbar
SCHEDULE A CONSULT
GET SUPPORT